One of the Great Game Designers

He was a game designer, writer, artist, originator of ideas, thinker and kind soul. Friend to countless people and an inspiration to thousands upon thousands more.

He is one of my dearest friends, so it is with a heavy heart that I report Erick Wujcik, age 56, is dying of cancer.

Until a few weeks ago, Erick was healthy and doing fine. He was enjoying his work at Totally Games, a videogame company, when he thought he had come down with the flu. When he couldn’t shake it, he went to the doctors. The prognosis was unexpected, to say the least. Pancreatic cancer that had spread to his liver. There was no advance warning. It was a shock. Erick presses forward with the willful exuberance he has exhibited all his life.

We thought about letting people know after Christmas, but Erick’s time is, all too quickly, running out. 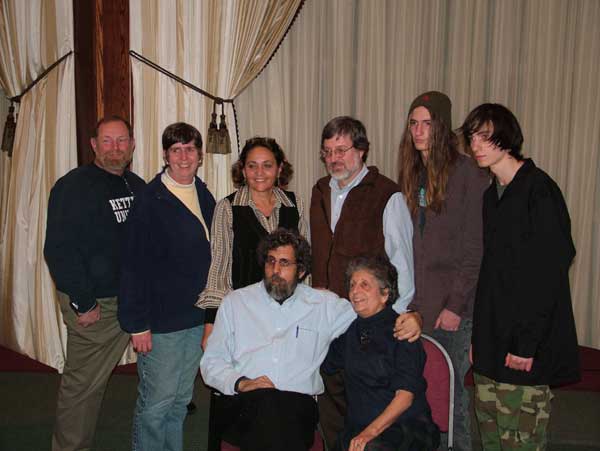 We thought it would be wonderful

...to give the millions of people who have loved the man and enjoyed his games, the opportunity to express their appreciation for him and his work. I have no doubt your comments and remembrances will put a smile on Erick’s face and help his spirit soar.

While this is sad news that weighs heavily on our hearts, we’d like this website, and the comments posted on it, to be a celebration of Erick’s wonderful life.

Just as you did when Palladium announced its Crisis of Treachery, let Erick know how much you have enjoyed his games and ideas. How Ninja Turtles (or Amber or whatever) turned you on to gaming or opened up your mind to new possibilities, and similar commentaries, thoughts and regards. I know your kind words and warm remembrances will put a smile on his face and warm his soul.

We’ve chosen to go with a blog style. Post as often as you’d like. Share your recollections about encounters with Erick, the first time you heard him speak or met him at a convention, what he and his work have meant to you, funny convention stories, and whatever else feels right. 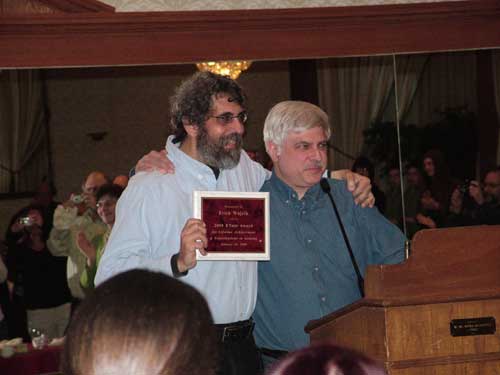 The Erick I know

The game design genius. I’ve known a great many people who have claimed to be a genius at game design or covet the title, but Erick really is a genius, at least when it comes to game design. He mastered the art of storytelling and understands the dynamics of game design better than anyone I’ve ever met. Erick has created more great games that have never been completed and published than most game designers dream about.

That drives me and others a little crazy, because Erick’s quick mind leaps from one great idea to the next with the exuberance of a child lunging from one present to the next on Christmas Day. Like that child, he is enthralled with his new toy – new idea – until something else catches his attention. Unfortunately, that sometimes means his great ideas are left unfinished, but boy, are they exciting, and I’ve had the privilege of hearing many of them.

That’s the other aspect of Erick’s genius, his enthusiasm and hunger for new ideas, and desire to stretch the boundaries of convention, is contagious. He can get you (certainly me) excited and going with an idea faster than anyone I know. To Erick, there are no limits or boundaries. “Why not” and “what if” and “how about” are essential parts of Erick’s vocabulary. If you float an idea or notion of any merit, he seizes it and starts to postulate on its premise and potential. “That’s cool, but what if . . .”

I cannot tell you how often Erick and I would feed on each other, throwing out ideas and building on suggestions and excitement until we both collapsed laughing and exhausted. Sometimes those idea sessions (often impromptu) went nowhere other than fun, playful mental exercises. Other times they’d lead to new perceptions, new realms of possibility, and published works or a personal epiphany.

Erick helped me fine-tune parts of the Palladium role-playing game universal game system way back when. Not at some office (heck, we were both working out of our homes), but at a laundromaton Michigan Avenue in southwest Detroit. I was second guessing myself and frustrated. Erick had to wash his clothes. So we met at a place near my house and chatted about character creation, the elements that made them fun, which attributes were necessary, were eight too many, etc., while waiting for his clothes to wash and folding his shirts. The people around us must have thought we were crazy. So did my ex-wife when Erick would “drop by for an hour” at 8:00 P.M. to talk about a new idea or something he read, and at midnight he and I would be still be going strong, excitedly talking about . . . god only knows till the wee hours of the morning. Awesome. By then we would have moved well beyond the original reason he stopped by. I love talking to Erick about anything and everything. From game and story ideas or new concepts, to the application of psychology or technology or theology, to personal thoughts, fears, dreams and aspirations. 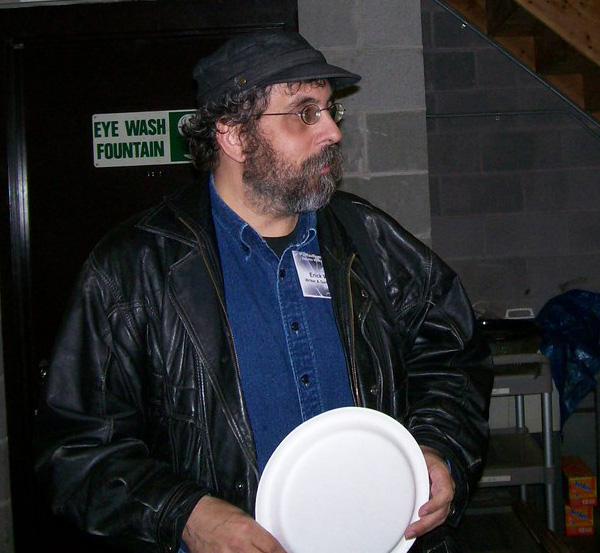 I call Erick a true Bohemian, because I don’t think I know anybody who enjoys life more deeply than Erick. He loves meeting new people, visiting new places, exploring new ideas, tasting new food, and taking in everything and everyone around him. Furthermore, his personal circumstances are always secondary to his enjoyment of his surroundings and the people in them. Erick’s sense of wonder is endless. We’re similar in that regard, as we both love new ideas and quickly see the endless possibilities they represent. But Erick simply immerses himself in them and floats along just enjoying wherever they may take him. He’s not necessarily looking to figure out how to apply them or exploit them, at least not at that moment of discovery, he’s simply adrift in them and soaking in all they have to offer.

Money, fame and recognition are nice, and Erick isn’t going to turn any of them away, but they aren’t necessities. Rich or poor, Erick has never changed. Maybe he enjoys a little more luxury, but it’s the experience of interacting with people, the exchange of ideas and sheer pleasure of experiencing something new that brings Erick joy. That, and creating and inspiring others to push the envelope and imagine beyond the known limits.

Gosh, there are so many stories I could tell, but I’ll stop here, for now. While I’m smiling, ear to ear, in the warmth of my friendship.

On behalf of Erick Wujcik and his many friends and admirers,

Publisher and owner of Palladium Books® Inc., game designer, writer, artist and lucky son of gun for having Erick Wujcik as one of my dearest friends for nearly 30 years. Your light will live on, Erick, in your published works and in the hearts and minds of the multitude of people whose souls you have touched and made better for it. Love ya. 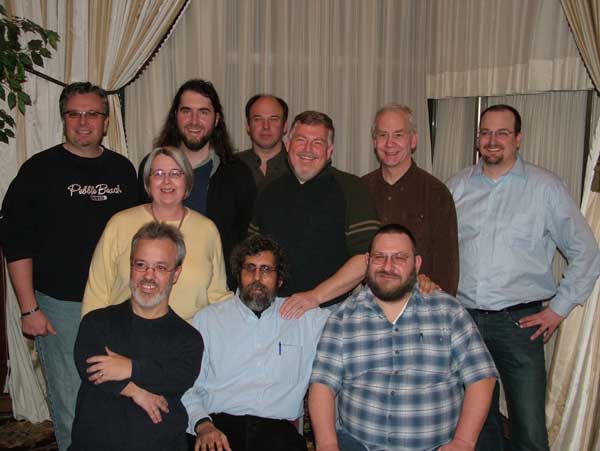 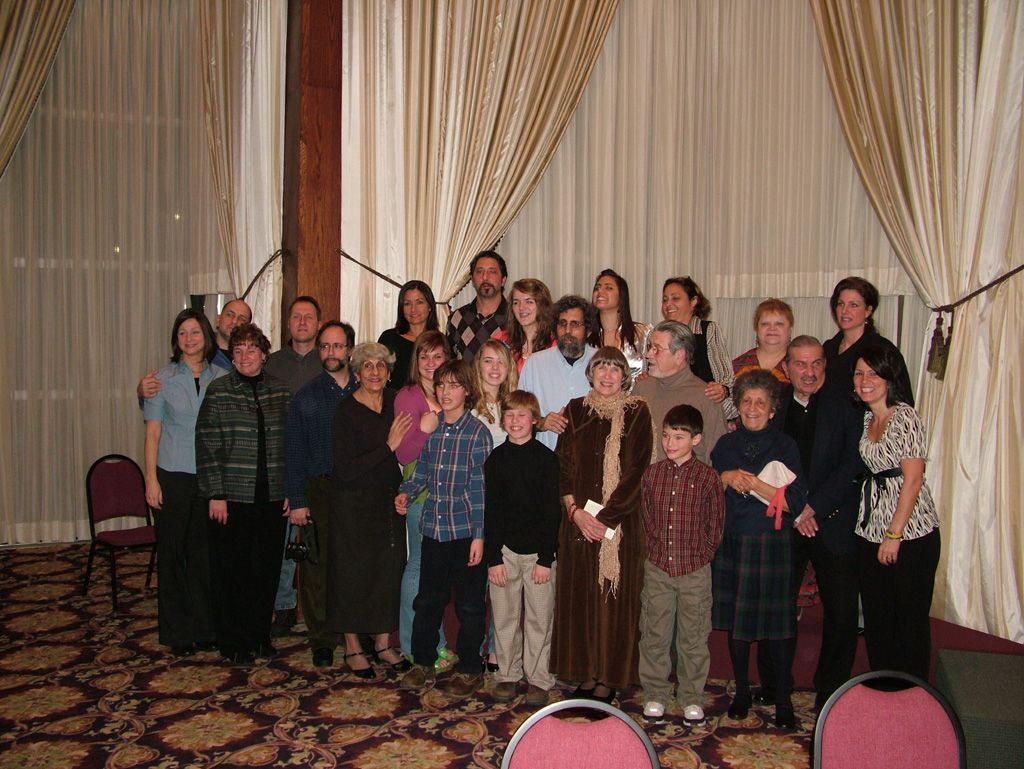 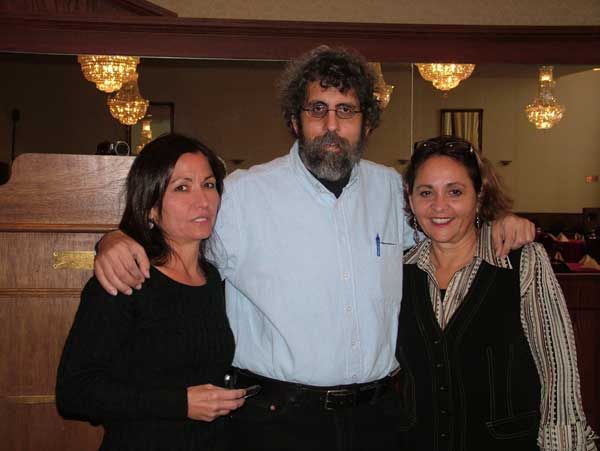 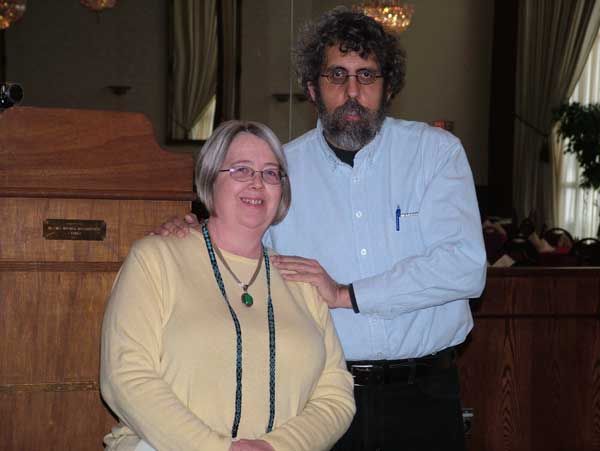 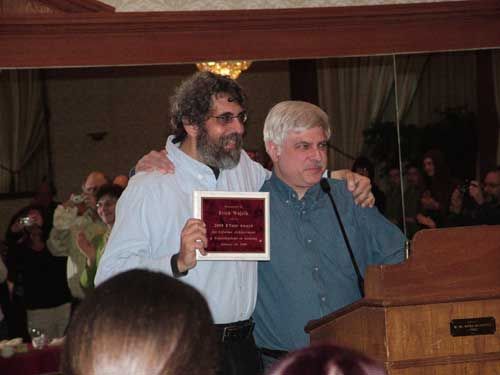 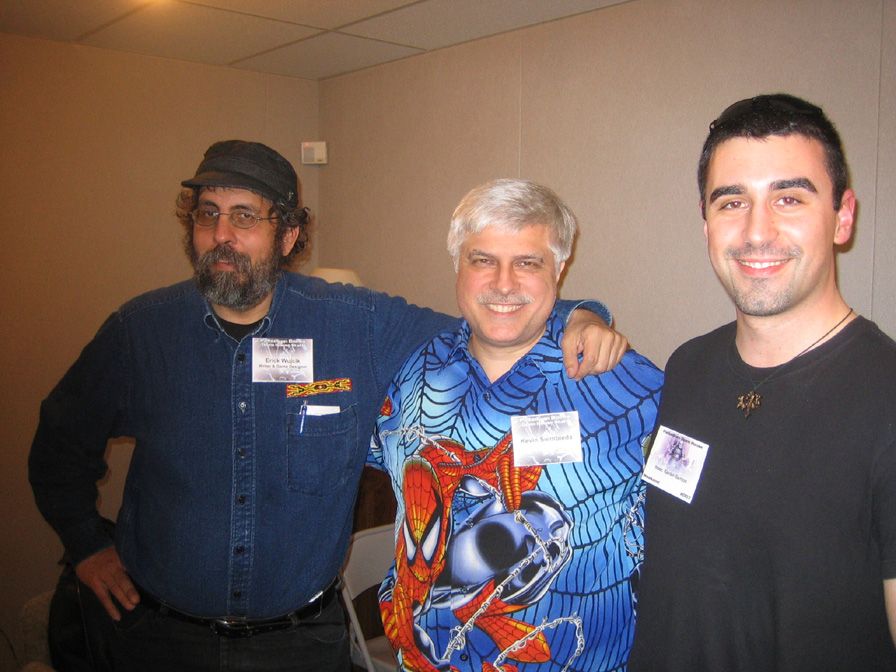 Erick, Kevin and a fan

Erick and a fan

Read More about the Birthday Party

Beloved role-playing game designer, Erick Wujcik, passed away Saturday evening, June 7, 2008. He died from complications related to pancreatic and liver cancer. Kathryn Kozora, his sweetheart of over 30 years, and other loved ones were at his side.

Erick was diagnosed with cancer in late November, 2007 and given 6-8 weeks to live. True to Erick’s indomitable spirit and zest for life, he proved the doctors wrong by lasting more than six months. Most of that time was spent with friends and loved ones.

Erick Wujcik’s accomplishments are many.

To the role-playing game community, Erick is best known for his many RPG games and contributions to Palladium Books®, including The Teenage Mutant Ninja Turtles® RPG, several TMNT® sourcebooks, After the Bomb® RPG and sourcebooks for it, Ninjas & Superspies™, Mystic China™, Rifts® China One and Two, Revised RECON®, Wolfen Empire™ and many others. He is also famous for Amber® Diceless, the first truly “diceless” role-playing game, published under Erick’s own label, Phage Press. Erick also published Amberzine® and founded Ambercon™, a series of conventions celebrating gaming, friendship and the world of Amber, hosted at numerous locations around the world.

Erick Wujcik was also the founder, heart and soul of the Detroit Gaming Center, served as Adjunct Assistant Professor of Game Design at Hong Kong Polytechnic University (2003-2008), and worked in the videogame industry for the last several years, including UbiSoft China and most recently, as Senior Game Design/Writer at Totally Games, Novato, California.

Erick Wujcik’s greatest accomplishment, however, is his contagious joy for life and love of ideas and imagination that inspired people around the world. Whether they were his students at Hong Kong Polytechnic University, fellow game designers, or fans sitting in the audience at a convention or seminar listening to Erick speak, to those who had the pleasure of gaming with Erick (he loved to run games at conventions and everywhere he went), to those who knew him best, they couldn’t help but to love him. Even the millions who only knew him through his published works or communicated with him online, considered him a friend.

Erick is survived by Kathyrn Kozora, Kate’s granddaughter – his beloved Sara, mother Nora, sister Peggy, his Aunt Mary and Uncle Sam and Nancy, along with dozens of aunts, uncles, cousins, nieces and nephews.

Erick’s last months of life were the same as he had always lived, full of friendship, joy, grace and beauty. He went quietly into the night, like a snowflake falling gently from the heavens.